Monetary policy (meaning the Federal Reserve lowering short-term interest rates) has become less effective at spurring economic growth in the recent past. One big reason may be the weakening link between company borrowing (which is encouraged by the lower rates) and company spending on capital expenditures (CapEx), which is thought to be a major driver of economic growth.

The chart below shows how this relationship has changed over time. In the period of 1952-84 (grey dots below), the more companies borrowed, the more they spent on CapEx. From 1985-2001 (purple), this relationship still existed but just to a lesser degree. From 2002-1Q 2019 (red), this relationship eroded all together, and today there is almost no correlation between company borrowing and CapEx. Interestingly, companies are still borrowing (by some measures at record levels) they just aren’t spending that money to expand their business. Where is the money going? Primarily, Dividends and Stock Buybacks.

Stock Buybacks, while good for stock prices in the short-term, has not been proven to spur economic growth. This is something to consider as the Fed lower rates this time around. 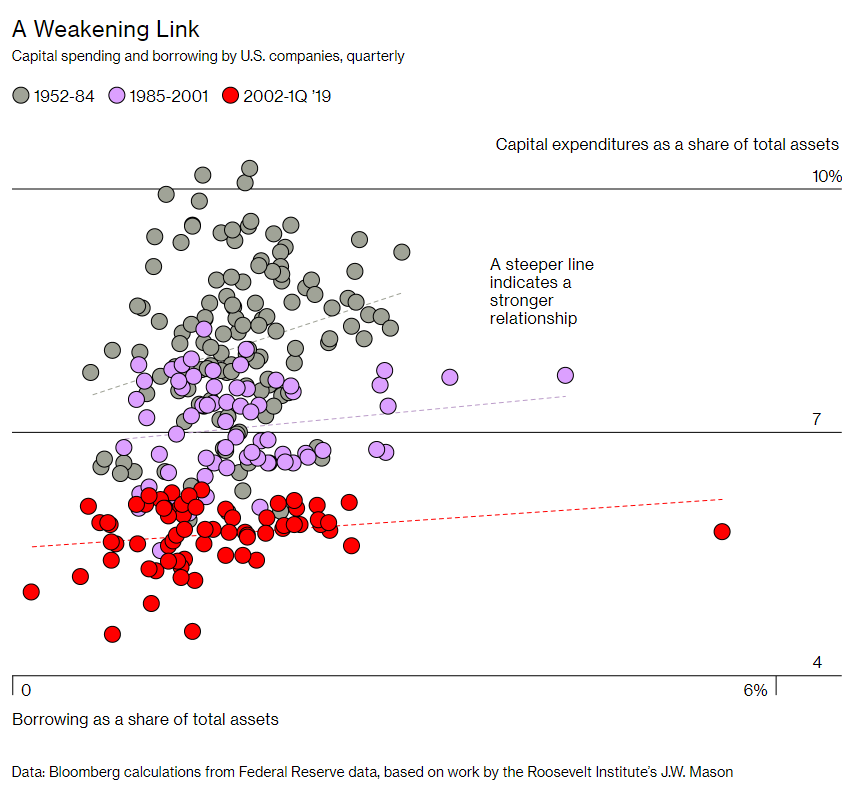