The chart below compares previous bull markets in terms of length (days) and percentage change in the S&P 500. As you can see, the current bull market is the longest in history (10 years and counting) but is still a distant second to the bull market of the 1990’s in terms of S&P 500 percentage gain. The logical question is then, will we get there?

It’s worth pointing out that the some of the biggest gains of the 1990’s bull market were towards the end; both 1998 & 1999 produced gains of more than 20%.  It’s also worth pointing out that part of the reason for those strong late-cycle gains was the Federal Reserve, who in 1998, cut rates preemptively to extend the economic expansion, a full two years before a recession eventually hit. With the Federal Reserve currently assuming a similar stance (an ounce of prevention is worth a pound of cure), will the longest bull market in history save the best for last? 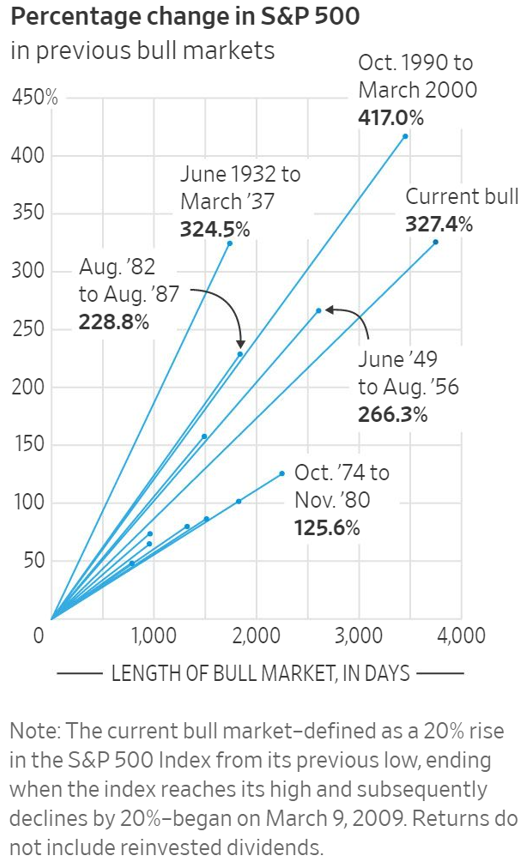