If you could see one chart that explains why stocks are down as much as they are, look no further than the chart below. This is a look at what the St. Louis Fed calls Currency in Circulation, otherwise known as cash. Note that the only time, other than now, that panicked individuals sold everything and went to cash was during the Y2K scare. 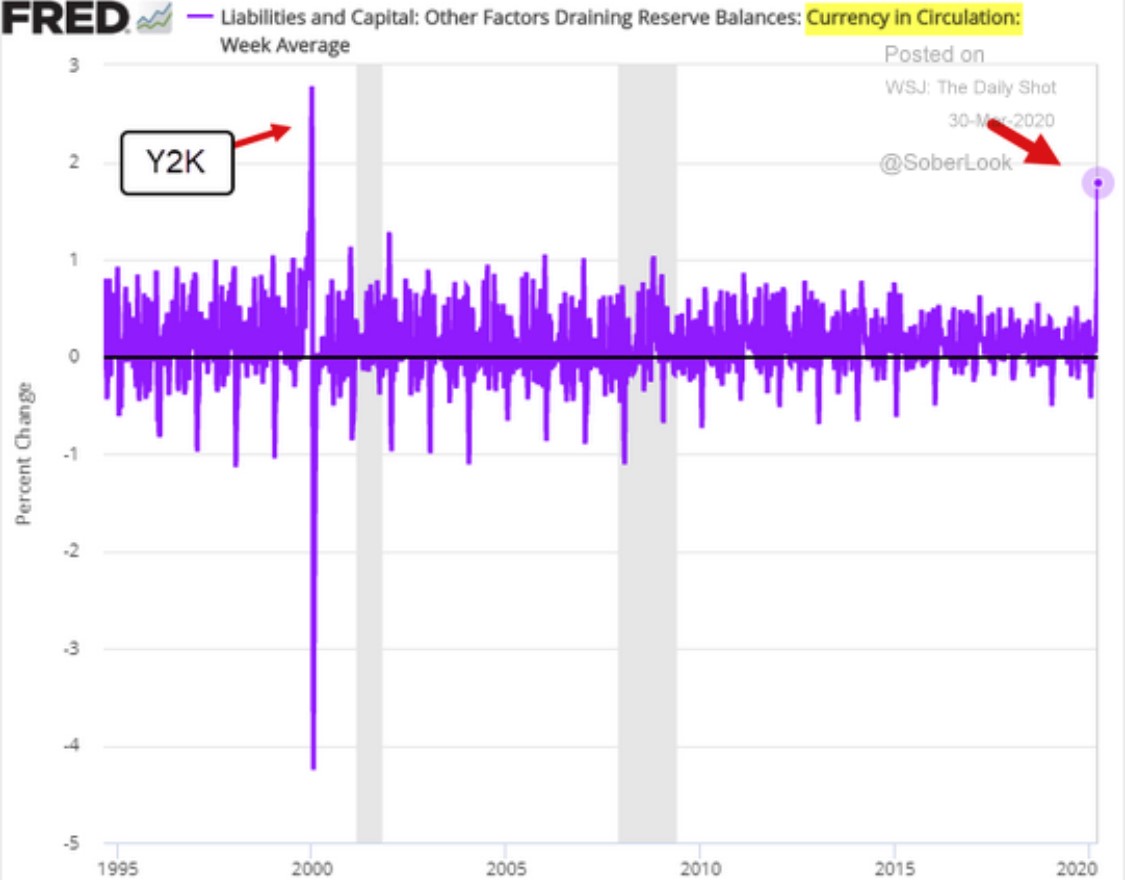 Cash is often viewed as “fuel” for a rising market. It can also be viewed as a proxy for fear. When fear increases, trust falls and investors head for the sidelines. Currency in circulation bears watching as does the VIX or fear gauge that measures the level of volatility in the markets that investors expect to see over the next 30 calendar days.

The economy has just absorbed a tremendous shock. Government has responded with unprecedented fiscal and monetary stimulus. The real challenge going forward, is how effectively they can channel money directly into the hands of consumers and corporations. If they handle it well, the level of fear will fall and markets will rise.